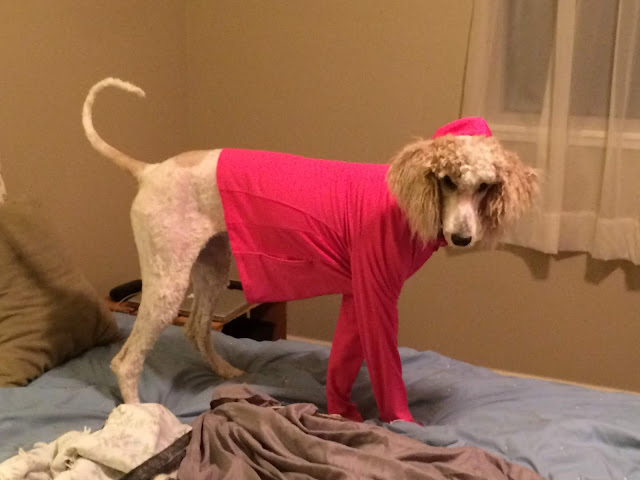 I LOVE LUCY!
She's just received a very close haircut and actually looks like a poodle now!
Everyone we met, before this dramatic change,
thought she was some sort of mix: a "doodle" of some sort. 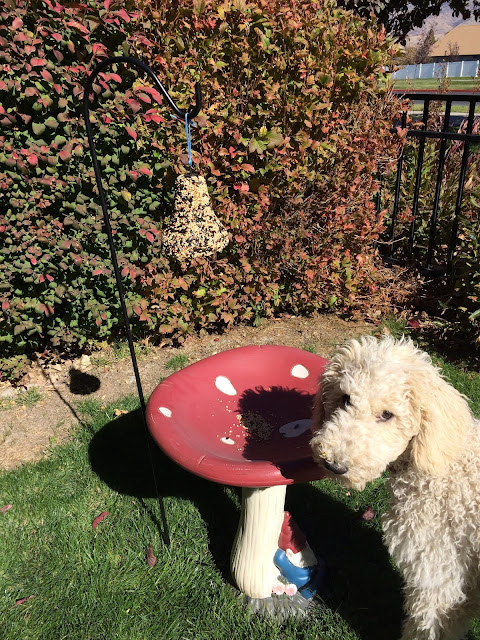 I LOVE the shaggy dog look, but, surprisingly, I like this close-clipped version of her too. I like poodles. Who'd have thought it? 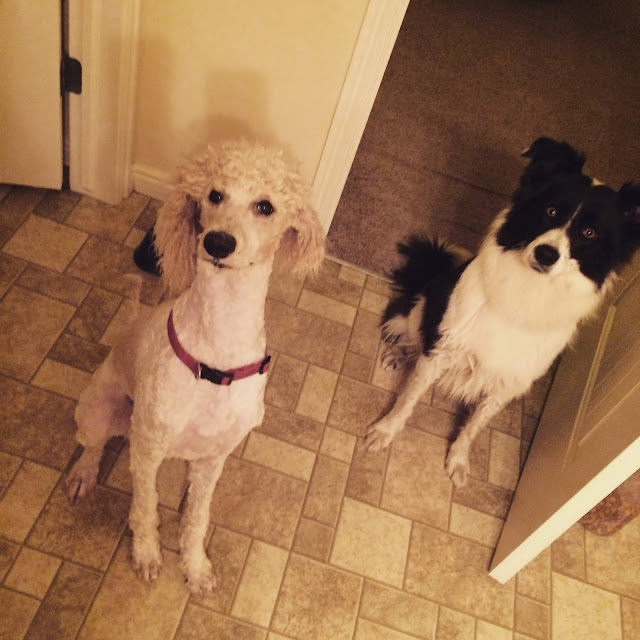 Why is that so surprising? To quote my son's recent text: "Ha ha you always hated poodles! Karma's a bitch. Pun VERY much intended." That's been true for as long as he can recollect,  because most poodles I've encountered have been spoiled jokes instead of dogs.
My last dog was a gorgeous, long haired, 123 lb. german shepherd.
Gideon was massive, noble, gentle beyond belief. The sweetest dog ever to grace this planet. 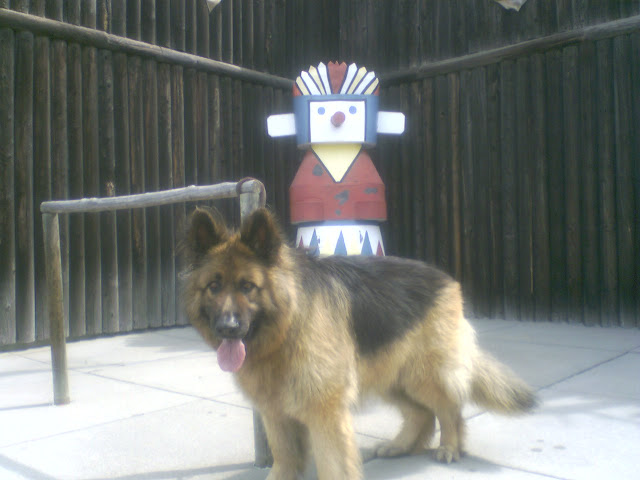 Until Lizzy.  A smaller, exquisite specimen of a dog, too.
Equally noble, sweet, gentle and even more intelligent, I'm certain that she
and Gideon will be pals in the here-after. 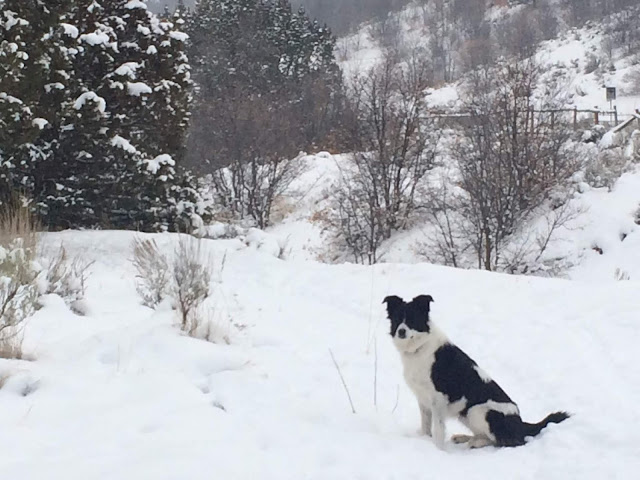 SO, what led me to get a big, standard POODLE? Besides the influence of Karli's Mom (my son's mother-in-law raises sweet, gorgeous mid-sized poodles: https://www.thespotteddog.me/) and the simple fact that my cousin in AZ had too many puppies.
I mean, huskies, shepherds and collies had always been my idea of perfect dogs.
But then... 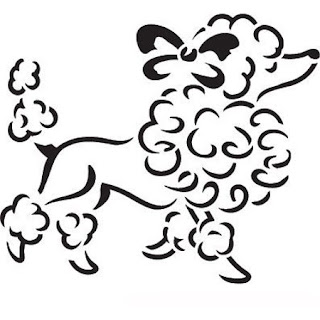 ...as a very young girl, I'd thought of poodles as surreal, lovely, feminine creatures,
based on cartoon illustrations, that is.
By the time I met any real poodles, they were unfortunately
horrid creatures, with watery eyes, weird grooming and nasty tempers. 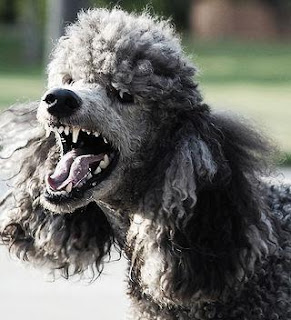 This looks like the black standard poodle that regularly tried to attack my huge german shepherd.

Poodles, I decided, are a bad joke born of inbreeding and distortion of the natural dog. As darling border collie, Lizzy, enjoyed playing with every golden doodle, labradoodle, or poodle that crossed our path, my perceptions began to change. Remarkably, everyone kept commenting on how smart and fun poodles are and, as I mentioned earlier, the family my son married into,
absolutely charming people, raises them.

https://www.thespotteddog.me/
SO, when I got serious about finding a roommate for Lizzy, the universe decided that my cousin should happen to have a surplus of 14 week old standard poodle pups.
I only fell for one.  Look at this little doll. 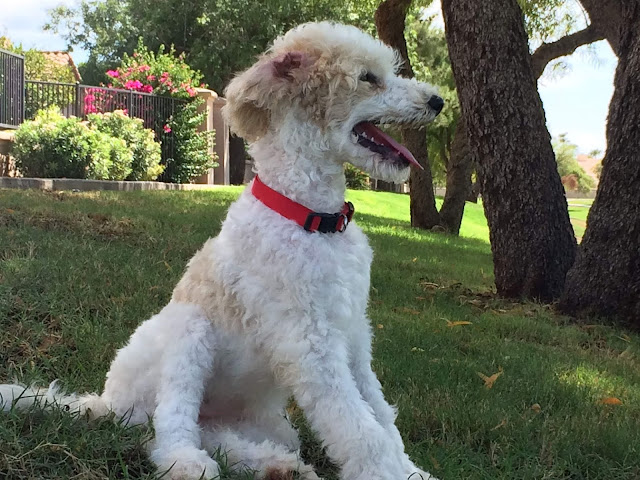 So, my feelings toward poodles have been transformed, back to the admiration I felt as a child,
plus an appreciation of the poodle personality,
Lucy is funny, bossy, smart...we'll try to overlook her tendency to eat stuff that can kill her...
I can't imagine our household without both her and Lizzy now.
Two more different dogs rarely end up together.
Lizzy is elegant, classy and a little wild. 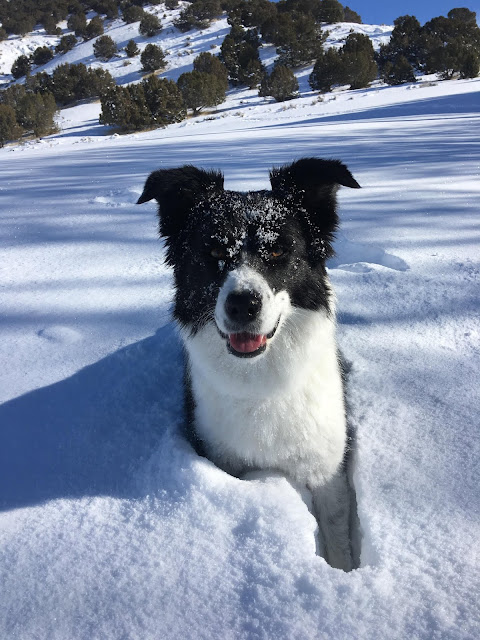 Lucy's a rumpled comedian, when her hair's grown out, content to cuddle all day every day,
pawing me if I stop petting her,
and she wilfully brings the puppy out in Lizzy with her
"no such thing as too close" attitude. 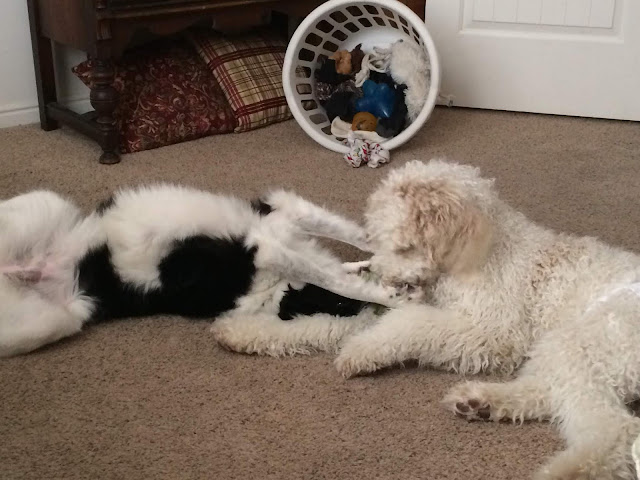 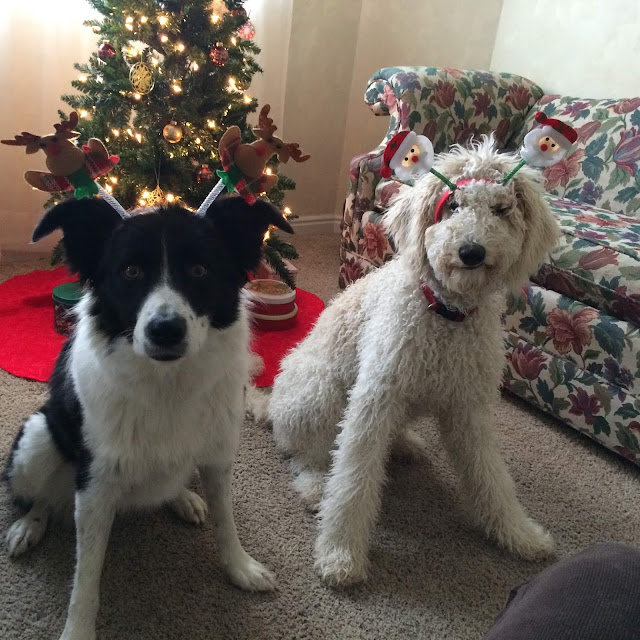 It's true: "every dog should have a poodle around." (Michelle Hall, you're right!)
So, it seems, should I. 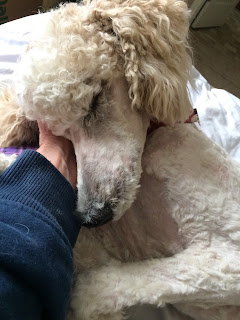 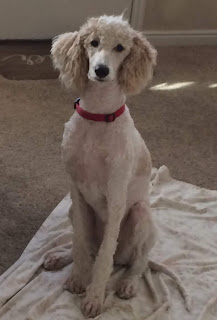 Posted by artworkbyjoanna.com at 5:01 PM