Just a few days after they got back from Cabo San Lucas, Mexico, 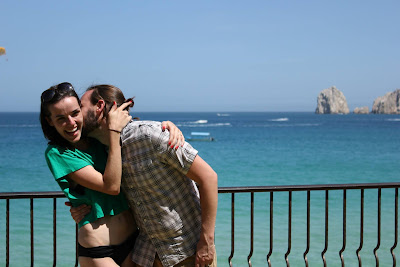 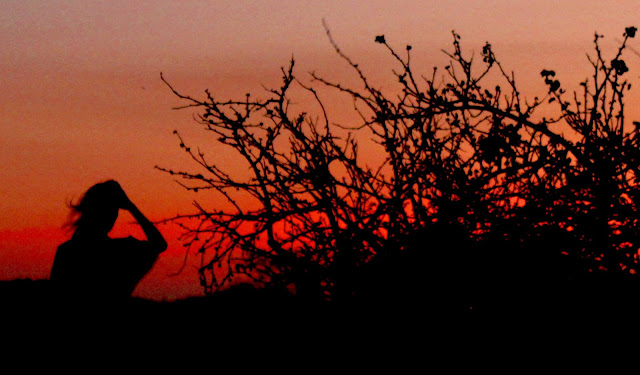 entertained me for the first week of July, in their new home near LA!  Visiting Los Angeles,  actually Toluca Lake, in particular, was lovely. 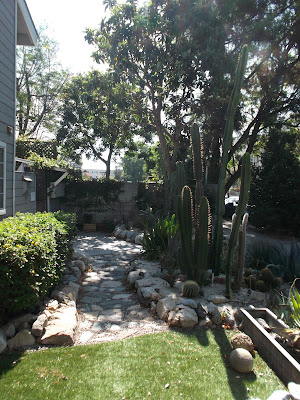 I haven’t been to LA in a very, VERY long time, and I’ve never really seen it.  So, here’s what I noticed, starting with this view from the airplane. 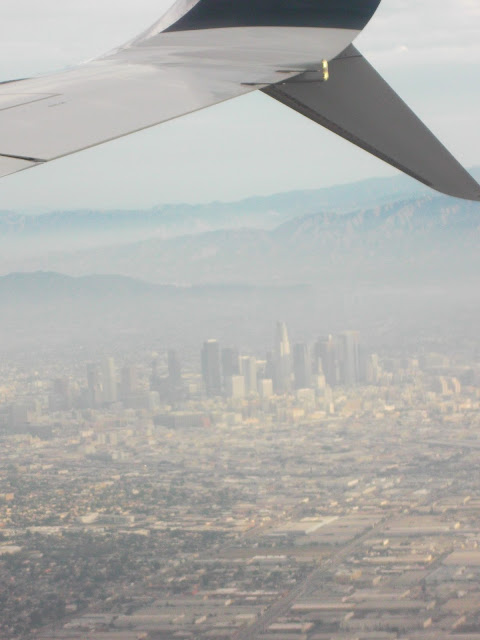 Looking out of the window,
a never ending sea of homes, apartments
and commercial buildings,very close together,
covers the desert, with countless roads and
highways weaving through them all.
From the airport, I gazed out at sights foreign to me, like a little kid, as we drove to the Los Angeles temple in rush hour traffic.
That temple is far, far more magnificent than I was able to capture in a photo, both inside and out. 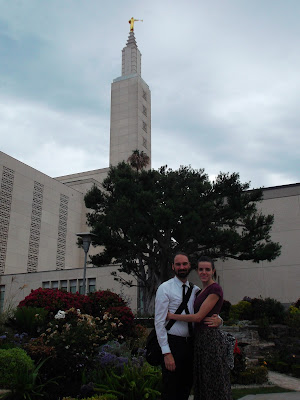 Grocery shopping and errands followed, allowing me to
glimpse into their every-day lives.
If you're a mom, you get why this is cool!
Once at their place and settled a bit, I wandered around the block and fell head over heals in love with
St. Charles Borromeo Church and school, directly behind
their apartment.  The bell ringing on Sundays is heavenly! I posted more about this place on Facebook. 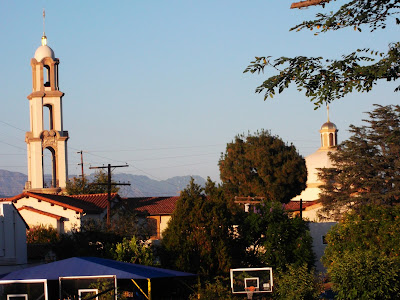 Griffith Park with friends is where we spent the 4th. In that group, I was the age of everyone’s mother, and just watched them hit a volleyball around after the picnic lunch/dinner.
Not that what they played was any kind of serious,
but I’ve NEVER been even remotely good at sports, so working on a blog and taking photos suited me just fine! 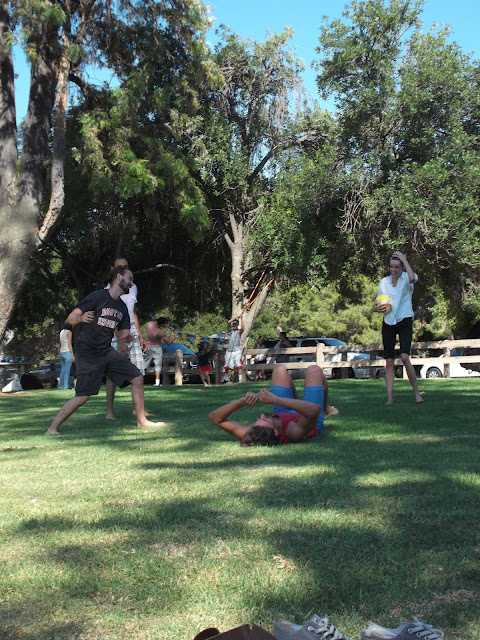 Then Sunday dawned,
with Karli and Jordan playing personal chefs
for my birthday on Sunday, the 5th of July.  Karli's sumptuous bacon, pineapple and cheese covered hamburgers, bacon wrapped bundles of string beans with a sauce that made them the best I’ve EVER had, pretty much ruining
other hamburger joints for me!
Jordan made Belgian waffles...have you tried them?
I’ve never eaten the like—YUM! Sorry the photo's blurry, but well, there was singing and this cool waffle all lit up with candles.... 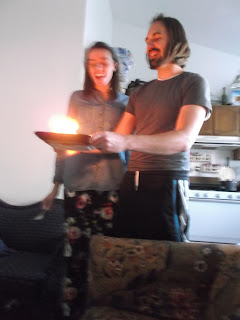 Leaving is always hard—I hate this long-distance thing.  But now we’re back to our lives, and
I’m still playing catch up, having worked 2-3 jobs at a time
ever since returning from Korea. And, of course, there was college before teaching in Korea and a move to Logan,
Doctor’s visits, never-ending piles of paperwork, etc.
It can drain the fun out of life.  Sleepy most of the time…
Yesterday, tho, something noteworthy happened.
I’ve mentioned that the story of
Twinkle and Luna is a lullaby, yes?
Well, what I haven’t really talked about
is that these melodies coming into my head are quite new—or rather, they’ve been absent for nearly 50 years.

As a child, I heard music and sang all the time.  It never occurred to me that it was any kind of gift.
But sometime during the 1st grade a traumatizing series of events involving my parents, a nun who hated me and the principal nun--whom I worshiped—resulted in the music leaving.  For me, that day,
the music actually died inside.

So, the idea of taking this embryonic song to sing in acapella, and record it was terrifying.  It wasn’t until I remembered that terrifying experience as a child
that I began to understand
the level of fear that consumed me. 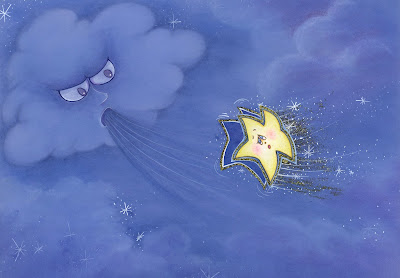 Enter Steve Phillips and his assistant, Curtis
of Full Fidelity Recording--the best recipe
for soothing nerves and tweaking imperfect
recording attempts into something worth keeping.
They are so professional, talented, relaxed, and real!
I didn’t need or want anyone to hold my hand or utter platitudes of “you can do it” crap.  What they did, and always do, is far, far better.  They offer great equipment,
space to record, as many chances as you need/want
to get the song right and the ability to splice
together all the best portions of what you come up with.
Steve has a terrific ear for tone and quality, as does Curtis,
and between the 3 of us, a decent version of the song surfaced. 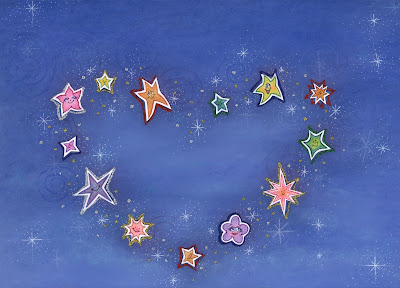 Singing around children doesn’t make me nervous.  Singing for ME, in front of anyone I’m not really close to, hearing my voice in the headphones and noticing every vocal variance from perfection—can be overwhelming.  But they made it easy, and I can’t say enough good about them!  I can joke around and share stories with them, too, which helps take the edge off.
Next time, I won’t be so nervous. 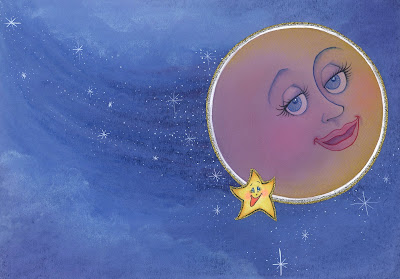 SO, now the 1st phase of the recording is done!
The ACC vocal for Twinkle and Luna
is successfully recorded!  In a couple of weeks I’ll go back to add in a reading of the story and some humming, then burn copies to put into each book.  A downloadable audio file will follow at some point, too. I’ll be making larger character cutouts of Twinkle and her friends, as well as Luna and the Wind, bugging Jordan for a power-point, so the story can be ready to
market in schools, pre-schools, libraries and more.
Posted by artworkbyjoanna.com at 12:30 PM No comments: